With the GREAT BAGATELLO it is actively operated!

Business promotion does not border on magic, it needs magic!

"Why are exhibitors still exhibiting at a trade fair today? When you can do everything over the Internet, e-mail or phone?"

It's the personal contact! The "face to face"! It is the statement: "There are people behind the presentation, the product. The product is made for people. It's people who are excited about the product they offer!"

Have you ever strolled around a trade fair and wondered at some stands why they are there at all? An enthusiasm sloshes from the stand into the aisle, which hardly reaches beyond the edge of the coffee cup held in place. The stand personnel steps from one leg to the other (their feet will certainly hurt after the day of the fair), the view at the clock is also not really fun, as there are many 10 minute cycles on a day at the fair. The conversation among each other revolves around the irrelevances of the past and future days. Luckily there is the mobile phone for playing with WhatsApp.

After the fair, this company will consider whether it will be there next time. It was not a really good response; far too few new contacts; stand rent and effort were not really worth it. Trade fairs aren't what they used to be anyway. The economic crisis...

I am convinced that YOU will approach your trade fair presence differently!
Your stand personnel are motivated, excellently prepared and want to achieve optimum trade fair success. Then:

Let the trade fair visitors feel that your people at the stand have something to offer that they fully support. Something that can help trade fair visitors to solve a problem. Your stand personnel are competent, know the product and are happy to answer questions from interested parties. You can feel the enthusiasm at this stand (even if their feet hurt in the evening)!

That's when the fair starts to be fun again, worthwhile and fulfilling its purpose.


Switch on the enthusiasm turbo!

Hire the trade fair magician who builds the emotional bridge between your stand, your product and trade fair visitors. THE GREAT BAGATELLO knows how to entertain, win and inspire people. Book this fair magician, who is enthusiastic about his own activity and wants to use it profitably for you! 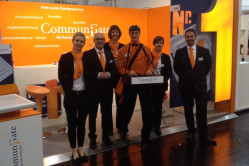 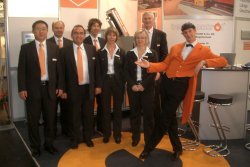